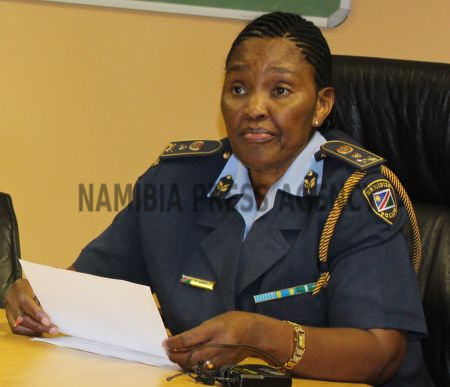 ONGWEDIVA, 31 MAY (NAMPA)  The Namibian Police Force (NamPol) in the Oshana Region have arrested two men and are looking for two other suspects following an armed robbery that occurred at the entrance of Ondangwa First National Bank on Friday.
Confirming the robbery to Nampa on Sunday, commander of NamPol in the region, Commissioner Rauha Amwele said a total of N.dollars 400 000 was involved, however, the suspects managed to steal N.dollars 200 000 at gunpoint.
The money belongs to a private hospital in O ...