Written by Erasmus Shalihaxwe on 15 September 2020. 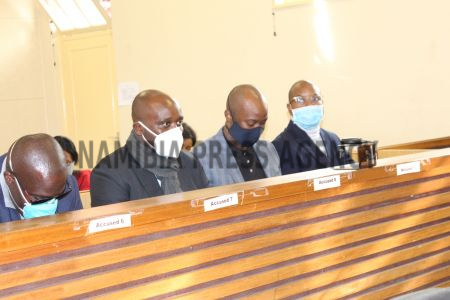 WINDHOEK, 15 SEP (NAMPA)  The Fishrot case where former fisheries minister Bernard Esau and former justice minister Sacky Shanghala stand accused of corruption and receiving bribes, was on Monday postponed to 14 December 2020.
The two former ministers are accused in the matter alongside five others - James Hatuikulipi, Tamson Hatuikulipi, Ricardo Gustavo, Mike Nghipunya and Pius Mwatelulo.
The accused have been in custody since their arrest in November 2019 and have been asking the State to grant them bail ...