Written by Erasmus Shalihaxwe on 12 April 2021. 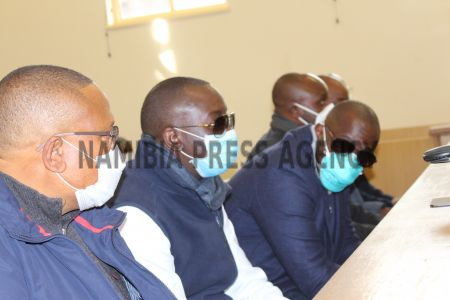 WINDHOEK, 12 APR (NAMPA)  Former Justice minister Sacky Shanghala and his Fishrot co-accused James Hatuikulipi were allegedly found in possession of cellphones at the Windhoek Correctional Facility two weeks ago where they are awaiting trial.
The duo is among the nine people arrested in late 2019 and 2020 for allegedly receiving bribes of more than N.dollars 150 million in return for giving preferential access to Namibias fishing grounds to Samherji, one of Icelands largest fishing companies.
Namibian Co ...