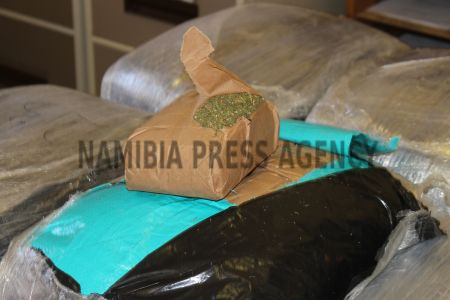 LÜDERITZ, 10 JUN (NAMPA)  Two men aged 31 and 34 are expected to appear in the Karasburg Magistrates Court on Friday after they were allegedly caught with cannabis worth over N.dollars 1.7 million.
The Namibian Police Force (NamPol)s acting crime investigations coordinator for ||Kharas, Chief Inspector Douglas Hanse told Nampa on Thursday they were arrested on Thursday around 00h44 at the Ariamsvlei border post weighbridge.
They were arrested with cannabis weighing 35 485 grams worth N.dollars 1 774 25 ...