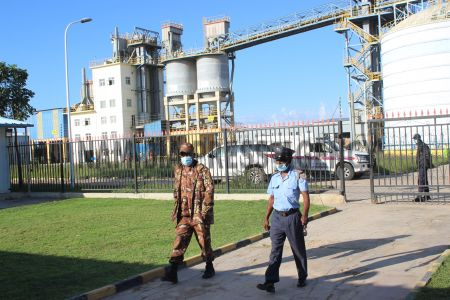 OTJIWARONGO, 14 MAY (NAMPA)  A 23-year-old male security guard succumbed to a gunshot wound he sustained in an alleged shooting incident which took place on Friday at the Cheetah Cement factory situated about six kilometres north of Otjiwarongo.
According to the Namibian Police Force (NamPol) spokesperson in the Otjozondjupa Region, Inspector Maureen Mbeha on Saturday preliminary police investigations indicate that the deceased was reportedly knocking off at about 18h00 and shortly after he handed his shif ...