Over 400 houses connected to Government solar panel system at Gam

Over 400 houses connected to Government solar panel system at Gam 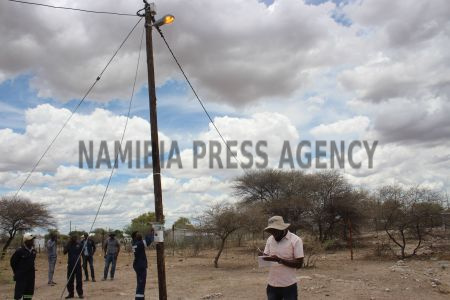 GAM, 19 NOV (NAMPA)  More than 400 households in the Tsumkwe Constituency at Gam were on Wednesday officially connected to the Government-built solar panel system at the settlement.
Minister of Mines and Energy Tom Alweendo, who officiated at the event, said the electricity connection to the houses was funded by Government through his ministry at a cost of over N.dollars 36 million as phase two of the programme.
The Gam settlement solar plant was constructed nearly 10 years ago.
Alweendo explained that the ...