Man stabbed to death near Karasburg

Man stabbed to death near Karasburg 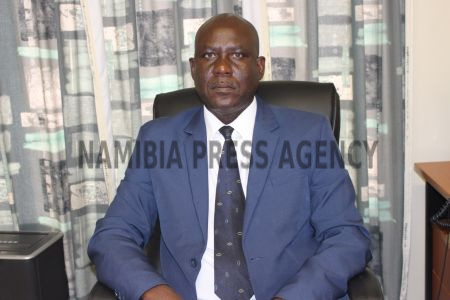 KEETMANSHOOP, 30 NOV (NAMPA)  A 25-year-old man was arrested on Sunday after he allegedly stabbed another man to death at a reserve in the ||Kharas Regions Karasburg area.
The Namibian Police Forces crime investigations coordinator for the ||Kharas Region, Deputy Commissioner Chrispin Mubebo told Nampa on Sunday the deceased was identified as 24-year-old Josef Hartzkin.
The incident occurred on the Ubib Reserve around 01h27 on Sunday. It is alleged that Hartzkin was stabbed on the right side of his neck ...