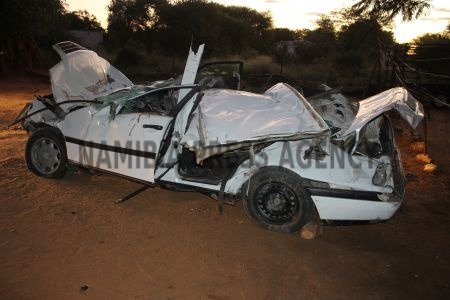 OKAKARARA, 11 APR (NAMPA)  Three men died instantly on Saturday after the sedan they were travelling in overturned and crashed into a concrete wall along John Tjikuua Street at Okakarara.
Namibian Police Force spokesperson in the Otjozondjupa Region, Inspector Maureen Mbeha, on Sunday said the three were identified as Ririkeho Kahiriri, 23, Kennedy Kutako, 24 and the 39-year-old Puvitanda Kaangundue, who was driving the vehicle.
Mbeha said the three men were residents of Okakarara and that their close rela ...