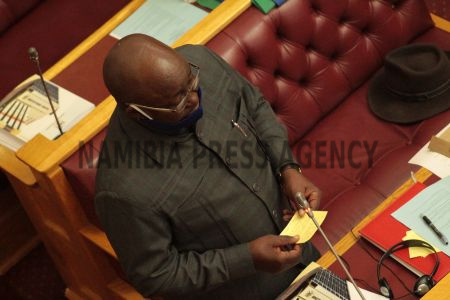 WINDHOEK, 09 JUN (NAMPA)  The National Assembly (NA) was a divided House on Tuesday when Prime Minister Saara Kuugongelwa-Amadhila tabled the widely contested genocide deal brokered between the German and Namibian governments for ratification.
The genocide discussion was initiated in the NA in 2006 by then Ovaherero paramount chief and National Unity Democratic Organisation (Nudo) leader, the late Kuaima Riruako.
The government announced on Friday that it accepted an N.dollars 18 billion settlement from ...