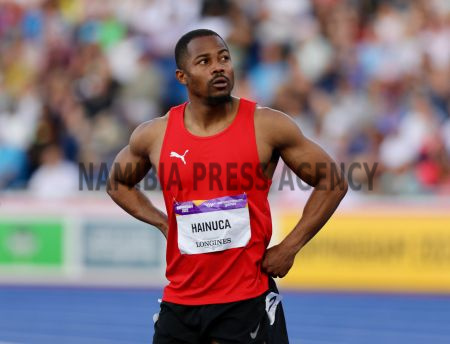 By Hesron Kapanga
BIRMINGHAM, 04 AUG (NAMPA)  Namibias 100 metre (m) sprinter, Gilbert Hainuca has said despite his participation in the 2022 Birmingham Commonwealth Games not going according to plan, he is still hopeful of improving his performance.
The sprinter, who qualified for the semi-finals of the mens 100m event on Tuesday with one of the seven fastest times, missed a chance to represent his country in the final after finishing sixth in the semi-finals Wednesday evening.
In an interview with Namp ...

Exhuming and reburial of liberation struggle martyrs approved by Cabinet

New NAMPA Board of Directors announced